Just added to your cart

Thanks to the very brief slice on sunlight the very subtle rainbow-flake was only just visible on this S14.

Pat's S13 is what every 90's Fanboy aspires to be, Small wheels? Check. Uncracked Silvia Dash? Check. B-WAVE Wing? Check. What more could you want?

Pat egging on Jay signalling him to get closer to his door, Be careful what you wish for..

Car Make REVIVE also knows as #teamyorange put on an awesome show for everyone with their recently finished team cars. I only got photos of Matt's Silvia (pictured) At Raleigh, There's some cracking shots of the other CMR cars at The Get Down III @ Port Macquarie so keep an eye out for them!

Check out Matt's completely blank facial expression, How can you not be wearing a grin cheek to cheek while driving something this cool?

This passenger of Matt's seems to be enjoying himself, Just look at that grin.

Ben's gnarly street-driven JZX100 putting on an absolute smoke show over the weekend, at times it felt like we were watching a damn SUMMERNATS display, Ben's car is looking great with his new chunky SSR Meister's.

So, the fellas from Cursed Sundays put on an amazing show for everyone, Watching these guys drive together was like watching synchronized swimming (Sorry, I just really want to see Chev in a swimsuit alright..) But in all seriousness these guys killed it at Raleigh despite Chev copping a little boo-boo towards the end of the day.

So, I caught Chev coming off the track and was lucky enough to capture a wholesome photo of him totally keeping his cool about what had just happened. So, What's the damage boss?

Ouch. Pretty big hit but according to Chevy it's *only* the door that's busted which is a relief, Couldn't imagine having to try and source any new Verossa parts with the short amount of time we have until the next Bring The Bash event.

Gavin & Jye continued to have a blast (probably because there wasn't a slow verossa in the way anymore!) while Chev was off assessing the damage.

It was so good to see David out and actually enjoying his S13 since overcoming overheating issues he was having in the past. Highly impressed that his TBO bar wasn't destroyed over the weekend!

Chris' S13 was finished roughly a week before halfway hangs, the man's literally a wizard. 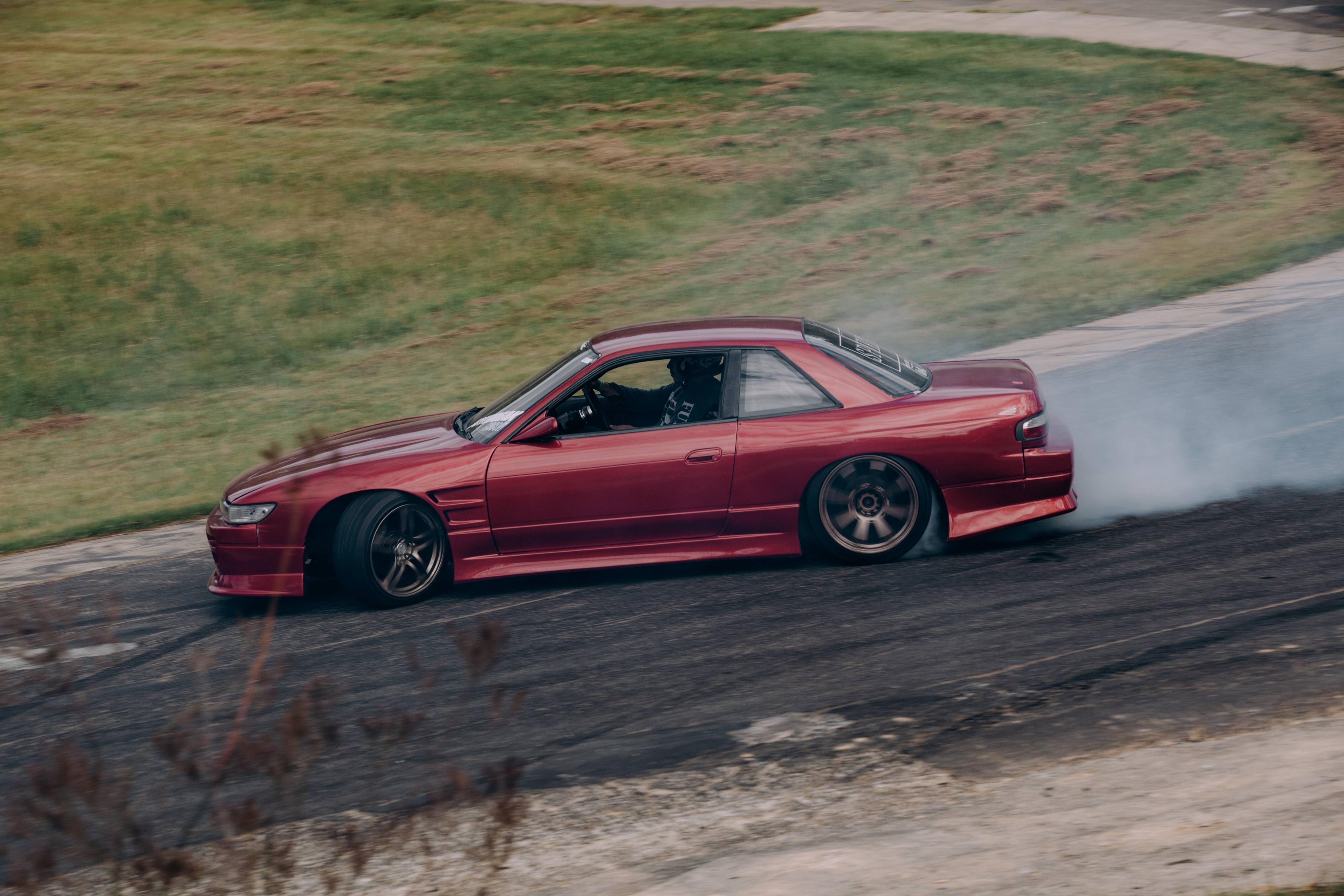 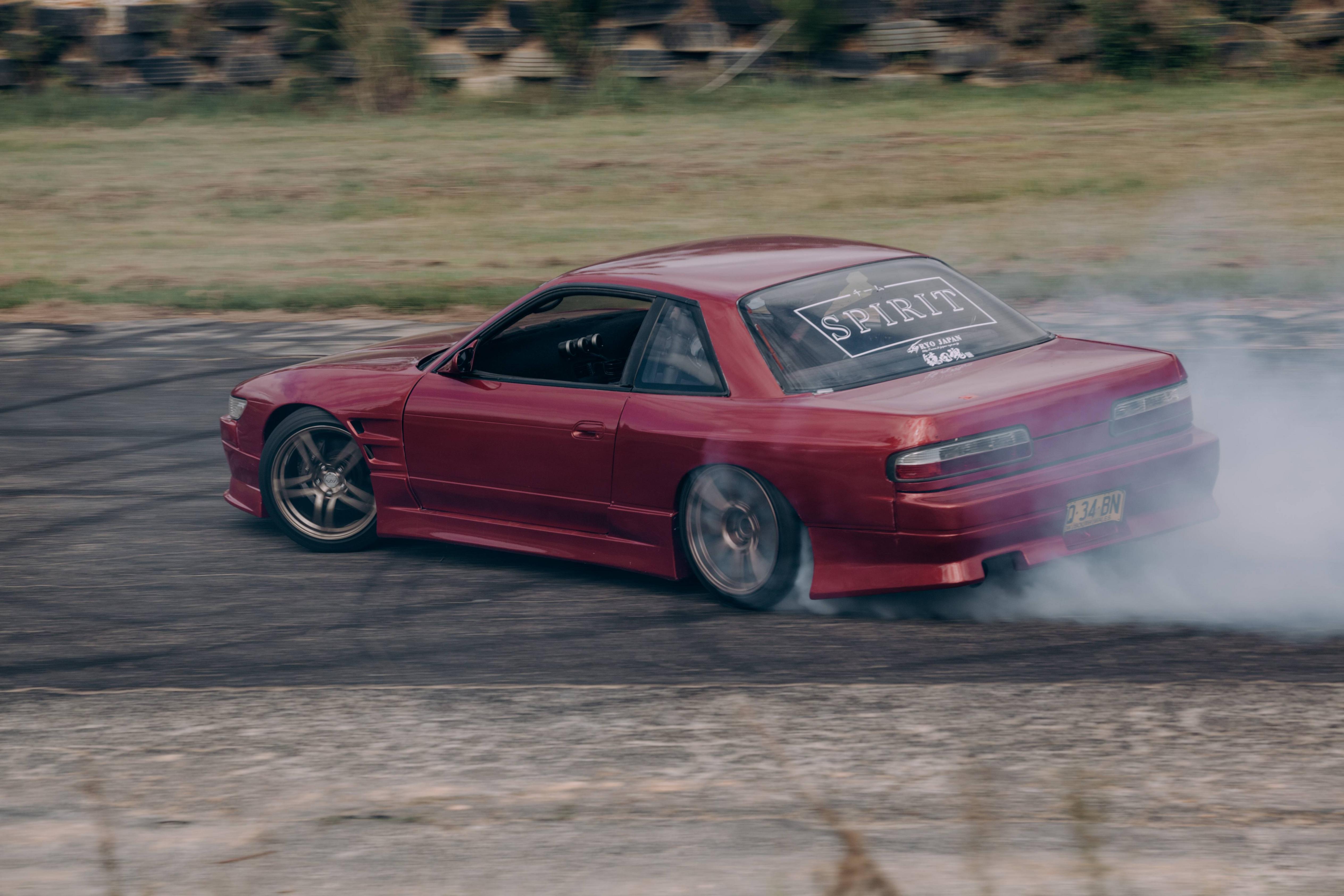 Chris ended up having a little run-in with someone out on the track but he had the smashed glass and loose kit all taped up in no time and was back in action. 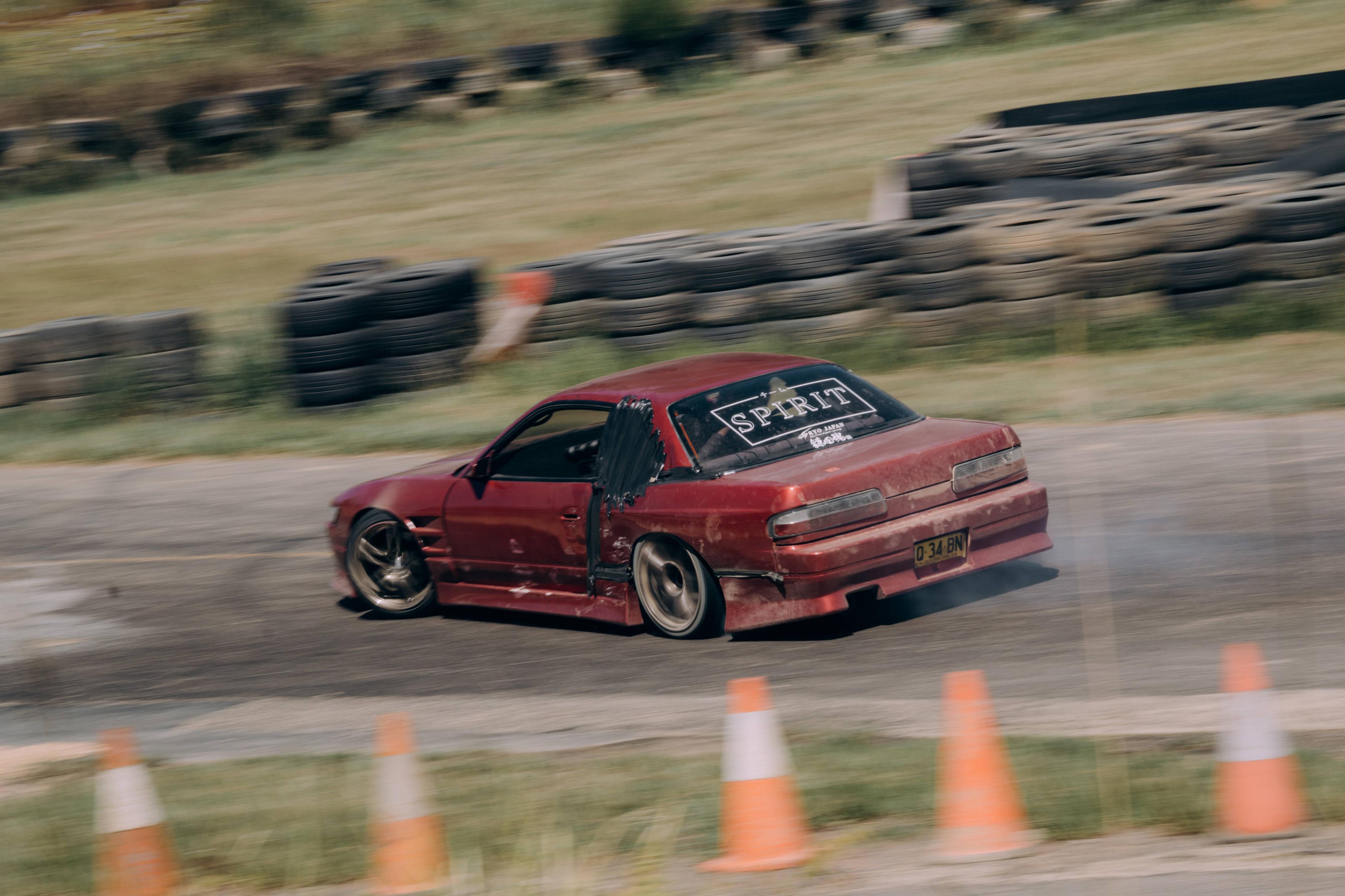 Just when you thought it couldn't get any worse, Chris' clutch decided it was time for retirement and died before the end of the day. This car has been completely parted out and he now owns an S15, Super excited to see what he does with it! 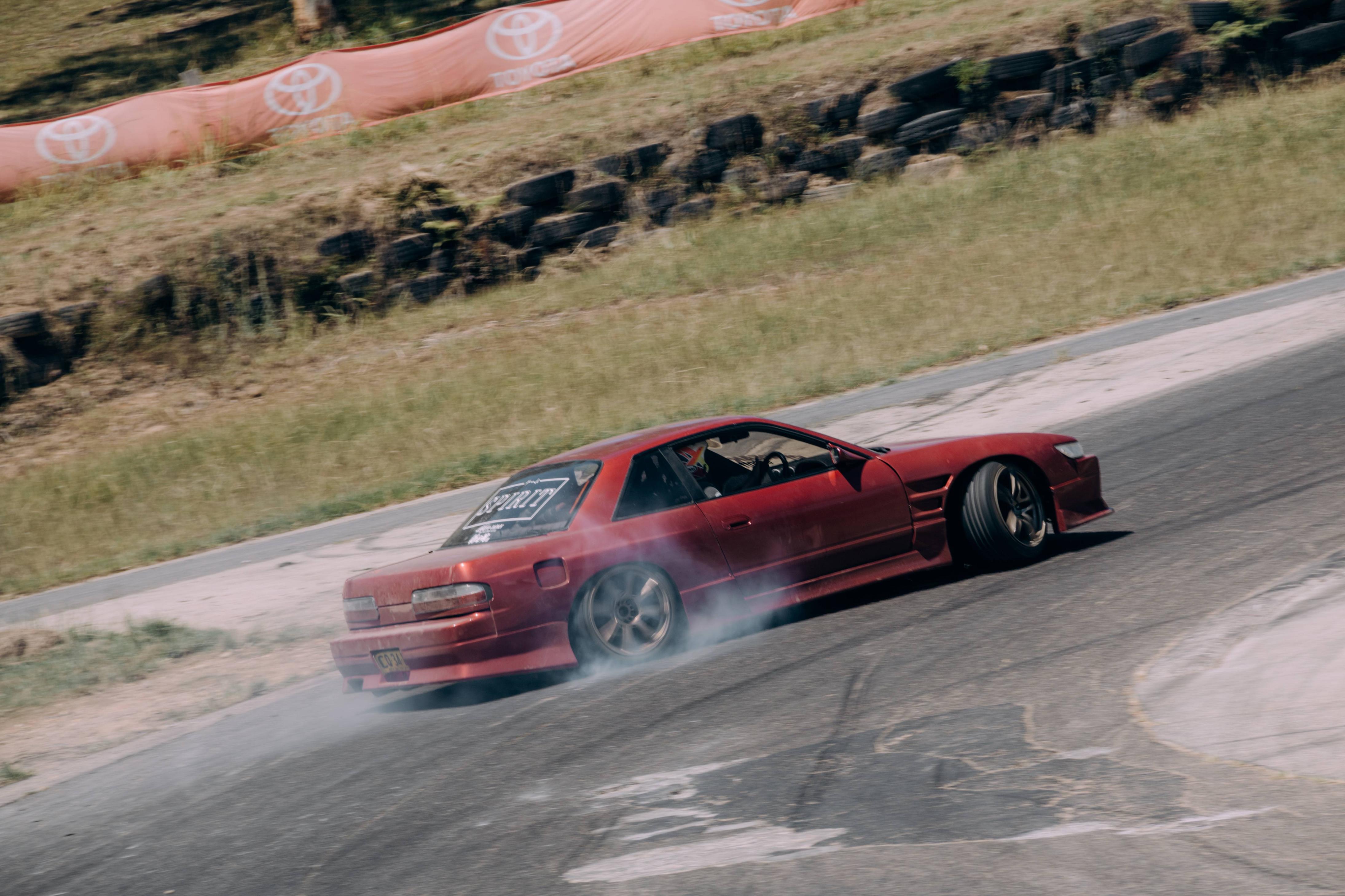 And out comes Suzuka Run to play. 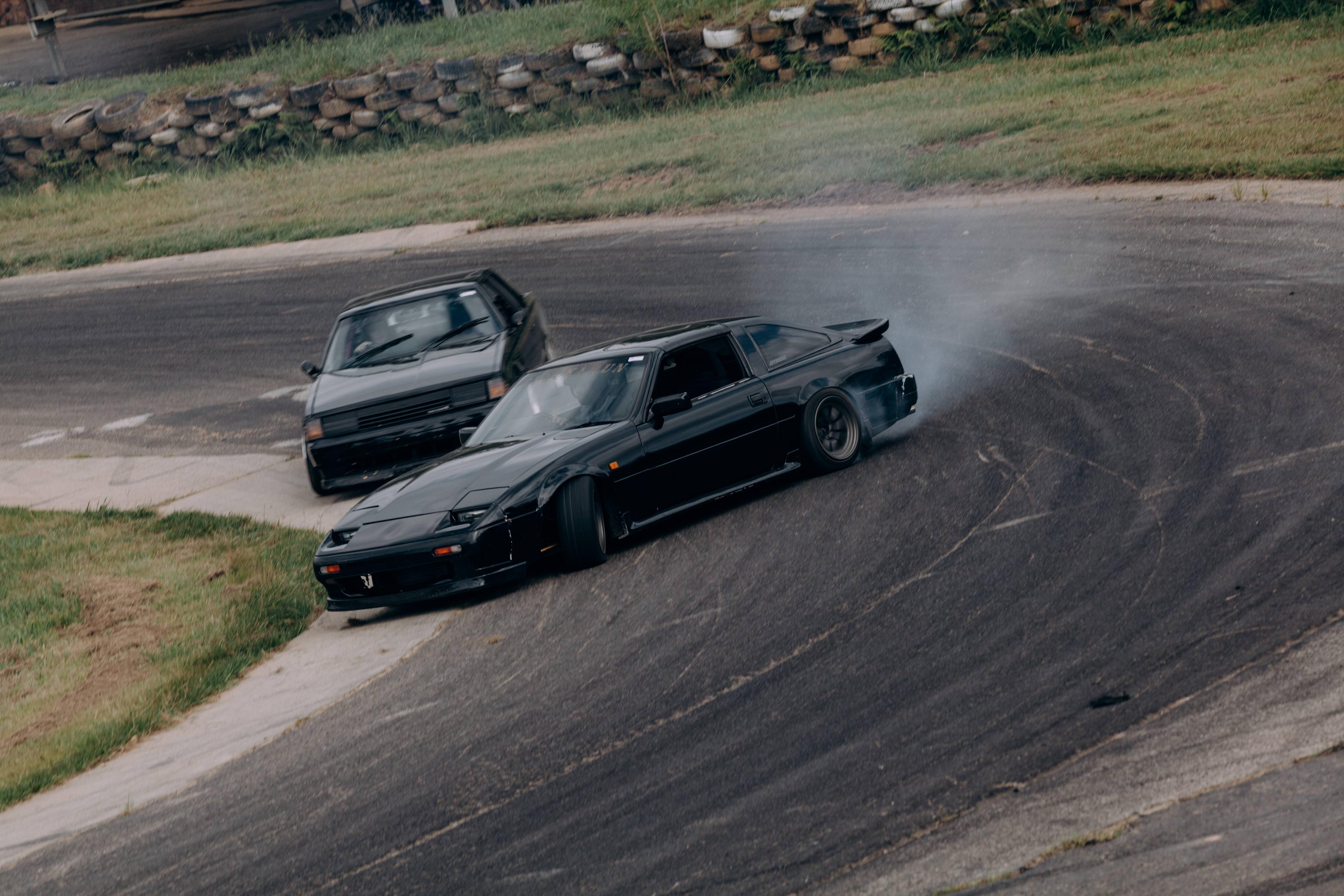 Zac decided to treat his beloved automobile to a nice, relaxing and revitalising all natural mud mask. 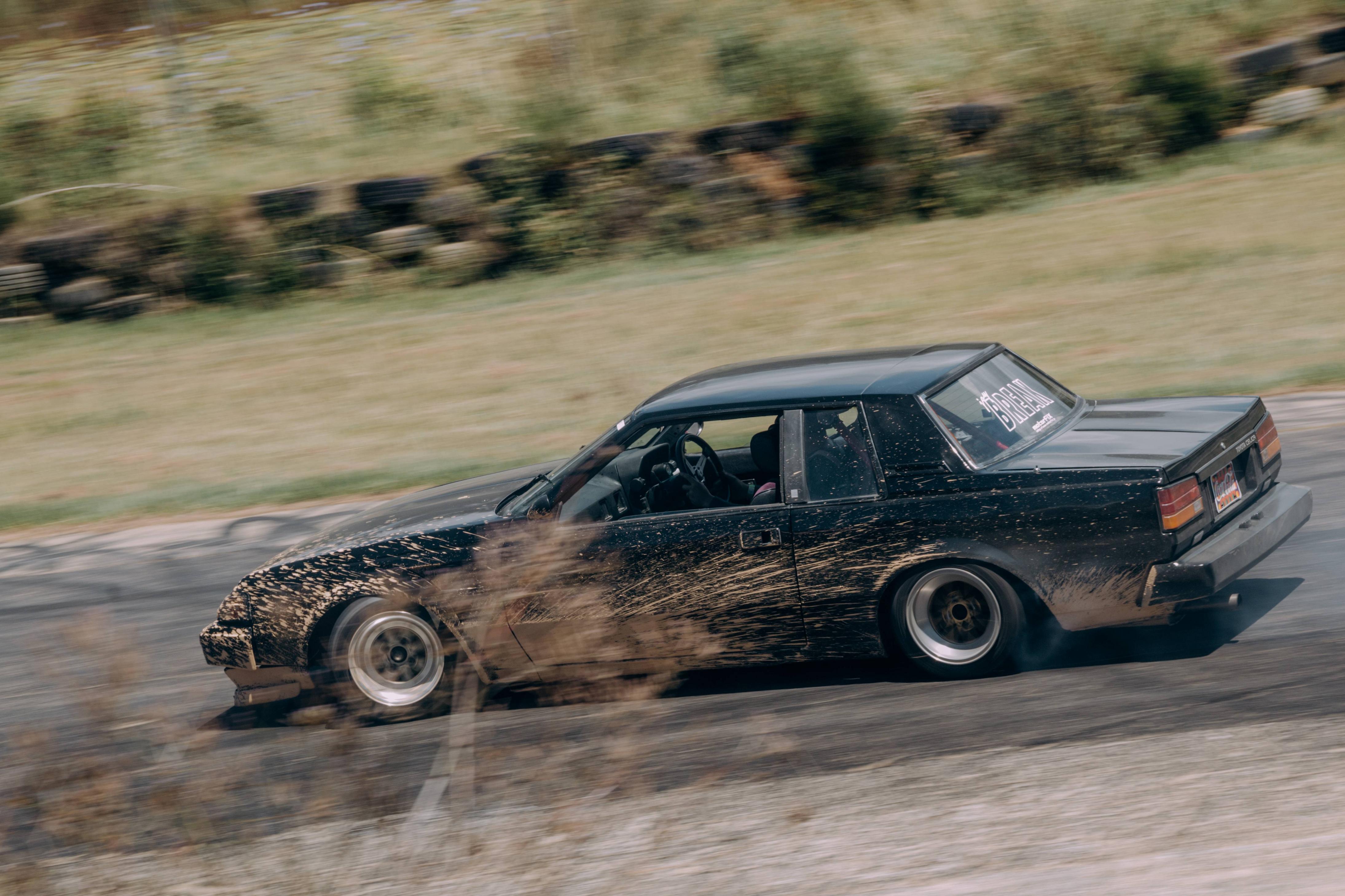 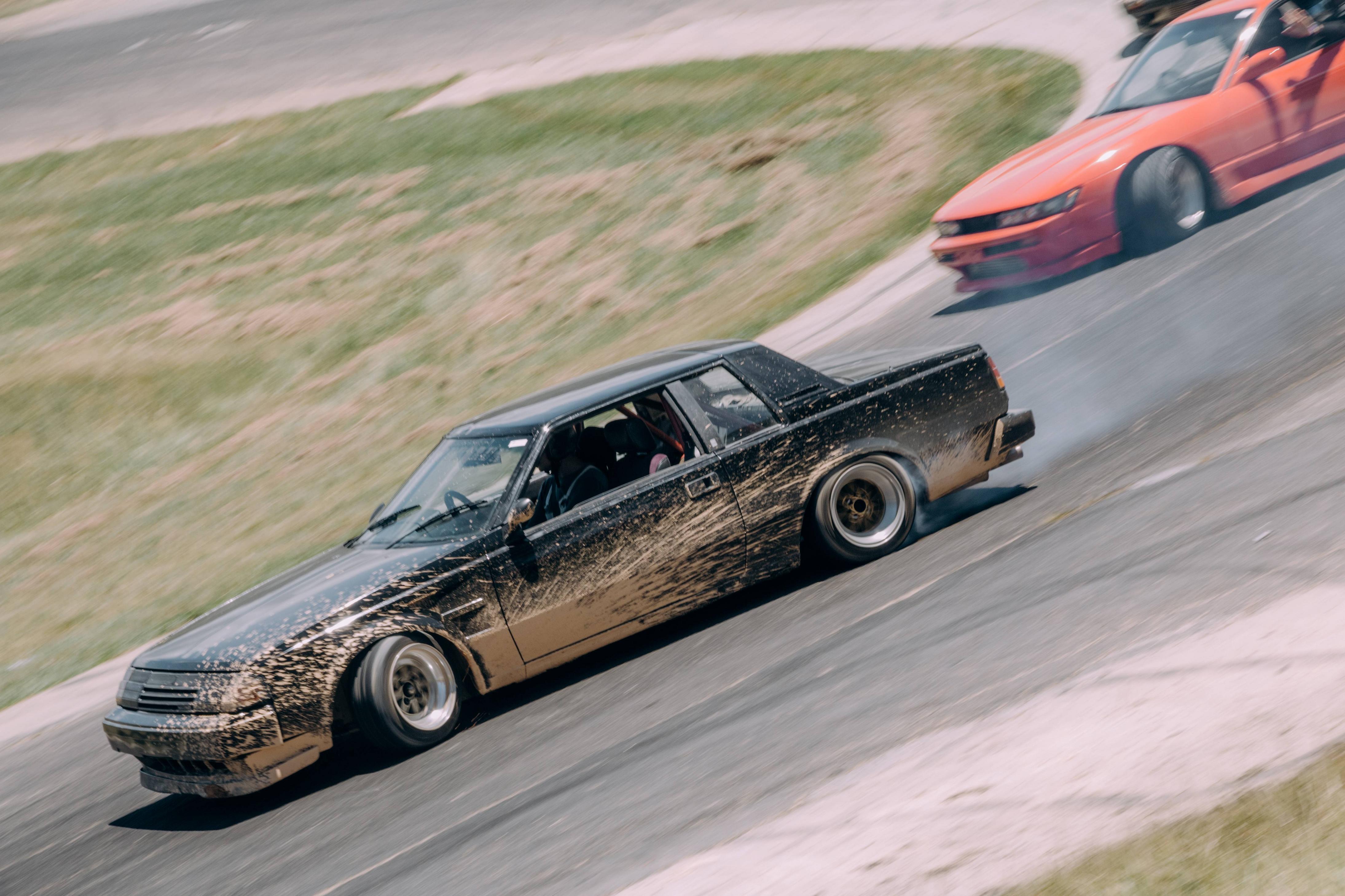 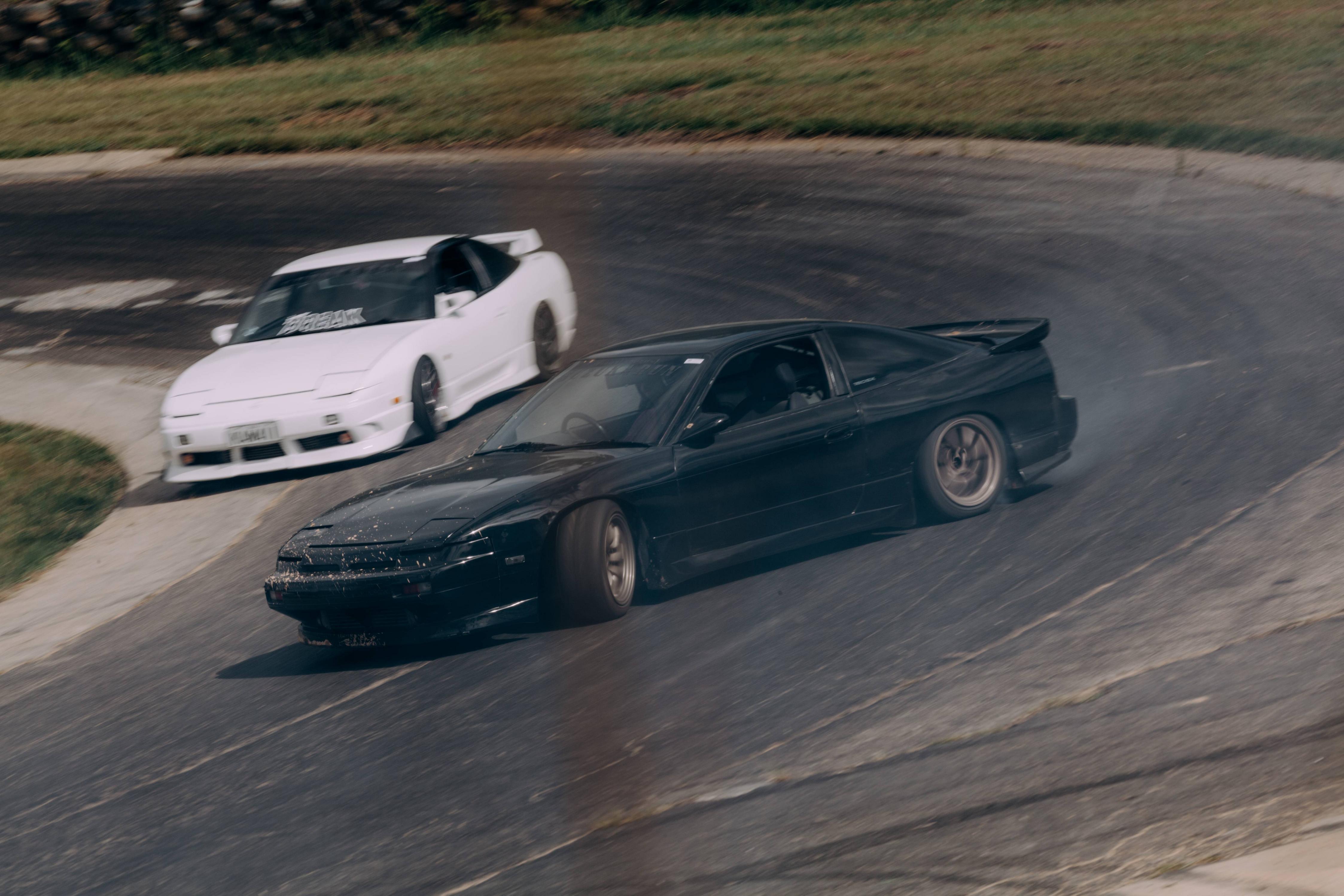