Just added to your cart

by Ghost House February 27, 2019
It's that time of year, again.
Halfway Hangs did not disappoint, like usual.
What an amazing weekend catching up with "internet friends" and meeting new people as well.
I had camera troubles right before we left for Valla Beach but I was fortunate enough to have a good friend lend me his Canon 5D MKII so this years coverage is a little better than usual. (Thank you Josh x)

On our way to Valla Beach we stopped in briefly at a service center to refuel and grab a bite to eat, While we were waiting to hit the road again this S14 pulled up on it's trailer. I wonder where he's headed?

Right after the S14 above arrived, some of the fellas travelling from Sydney caught up with us at the service center.

So, we arrive at Valla Beach and the first thing we see are the new Streetkarnage liveries the boys had managed to keep a secret for god knows how long. I love that each car has it's own little difference to make it stand out from the others, but as a collective it's blatantly obvious that they're apart of the same team.

Kane told me "It's just a dumb fun car that I’ve wanted since I was kid after playing Gran Turismo 2 on PlayStation."

Ben's K24 Powered AE86 Trueno. This car is seriously next level, I don't think there's a single part of this car that Ben hasn't given his own personal touch, It honestly deserves it's own post entirely. Coming soon? Nathaniel's '00 Daihatsu Cuore L700 & Noah's '85 Suzuki Super Carry. Their cars may be small, but their dicks hearts are gigantic.

The boys from Visions put on a nice display of their gorgeous S-Chassis'. Each car being unique in their own way but as a group they're right at home.

You can't have an event without snapping up a photo of a cute doggo (despite this being my own puppy, still counts.)

It was awesome to finally meet Zakk in-person after knowing him on the internet for around two years now. Zakk's Soarer is giving me temptations to make some bad life choices..

The boys from Suzuka Run sitting pretty as usual, Don't let their pretty cars fool you, these guys throw down on the track.

You know I have to plug the homie Josh from Joybreak, Check out his work here

Paul is Suzuka Run's newest member with his gorgeous example of a timeless look for the 180SX, Real question is: Black paint when??

Marcello's choice of 17" SSR Minerva's suit the car perfectly, I couldn't imagine any other wheel fitting this car as well as these.

Nothing beats the sound of Chan's IS200 scraping chassis rails across the ground on his way to the Show & Shine. Chan drove this car roughly six hours as it is to attend  Halfway Hangs, Gotta give him props for that. This car was also driven at Port Macquarie on Sunday at The Get Down III. #staticlyf

Nick's C33 Laurel won "Best 90's Style" Award for the Halfway Hangs Show & Shine and who can blame them? I fell in-love with this car the second I laid eyes on it, I'm a real sucker for a good tri-spoke. Nick's car is actually a dark green but thanks to a combination of brief cloud coverage and my questionable editing skills his car is now black, Sorry Nick x

This page may be mainly dedicated to Japanese cars but come on, I'd be crazy if I didn't share some photos of Denis' wild E30. Just the right amount of camber all round and this thing is sitting perfectly. Powered by a gods motor (JZ, of course) What more could you want? Denis traveled all the way from Melbourne to attend Halfway Hangs! I didn't find out this was JZ Powered until I saw it being thrown around like a cheap hooker at Raleigh on Saturday (photos of it sideways in Part II!)

MMM 100 Indeed. This JZX100 was the center of attention during the Show & Shine. Kyle & Tom posing next to it like a couple of kids; "Hey, Dad! Get our picture next to this cool sports car!"

The Blitz 03's finish this car off beautifully.

Dave's KE70 Panel-van is what every 20-something year old is looking for right now, Classic Toyota stripes, Watanabes, 4A-GE, Roof racks along with enough boot space for some spare tyres and your esky full of VB tins, Is that the dream? I think yes.

One of my personal favourite's along the lines of Silvia's, Pat's S13. 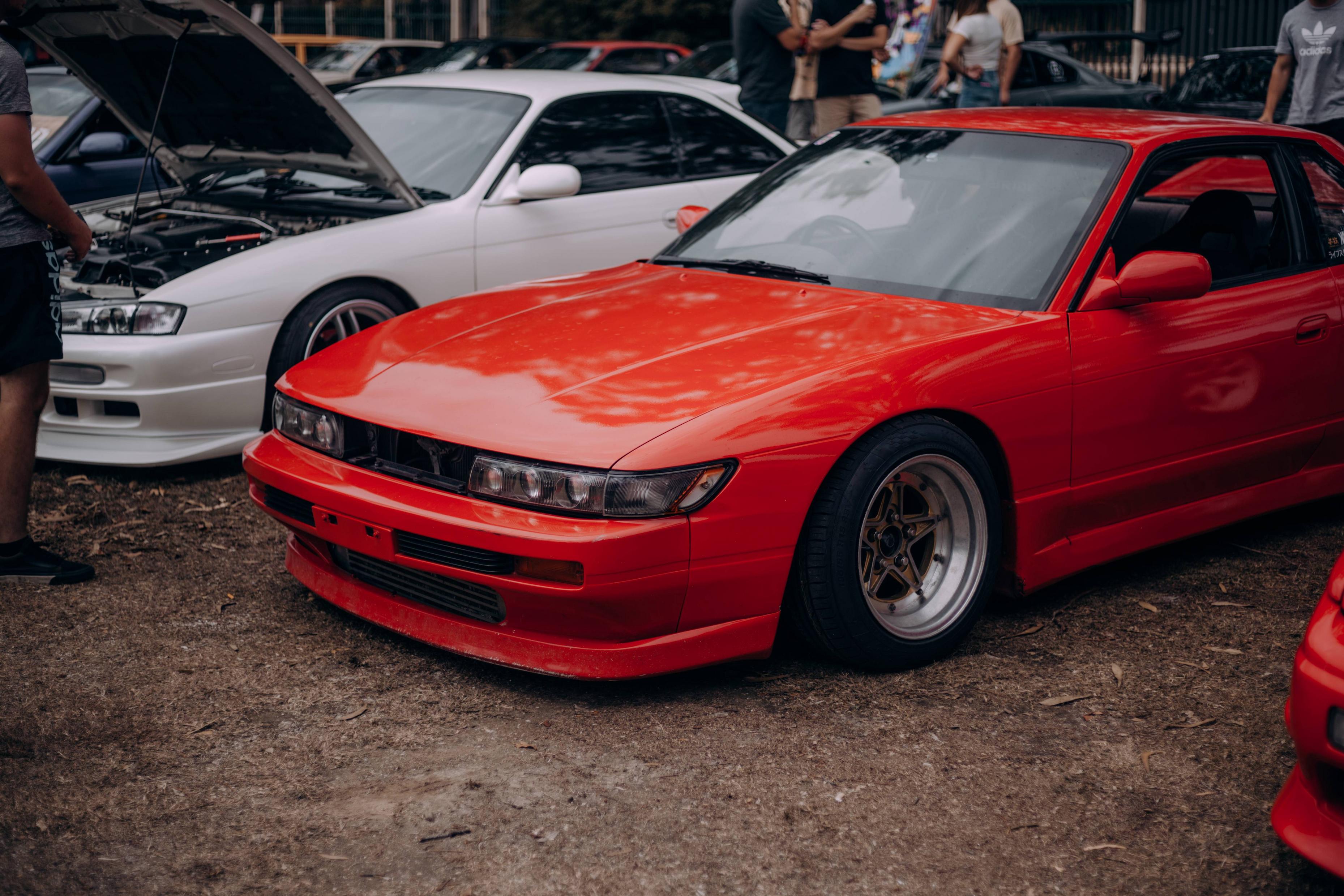 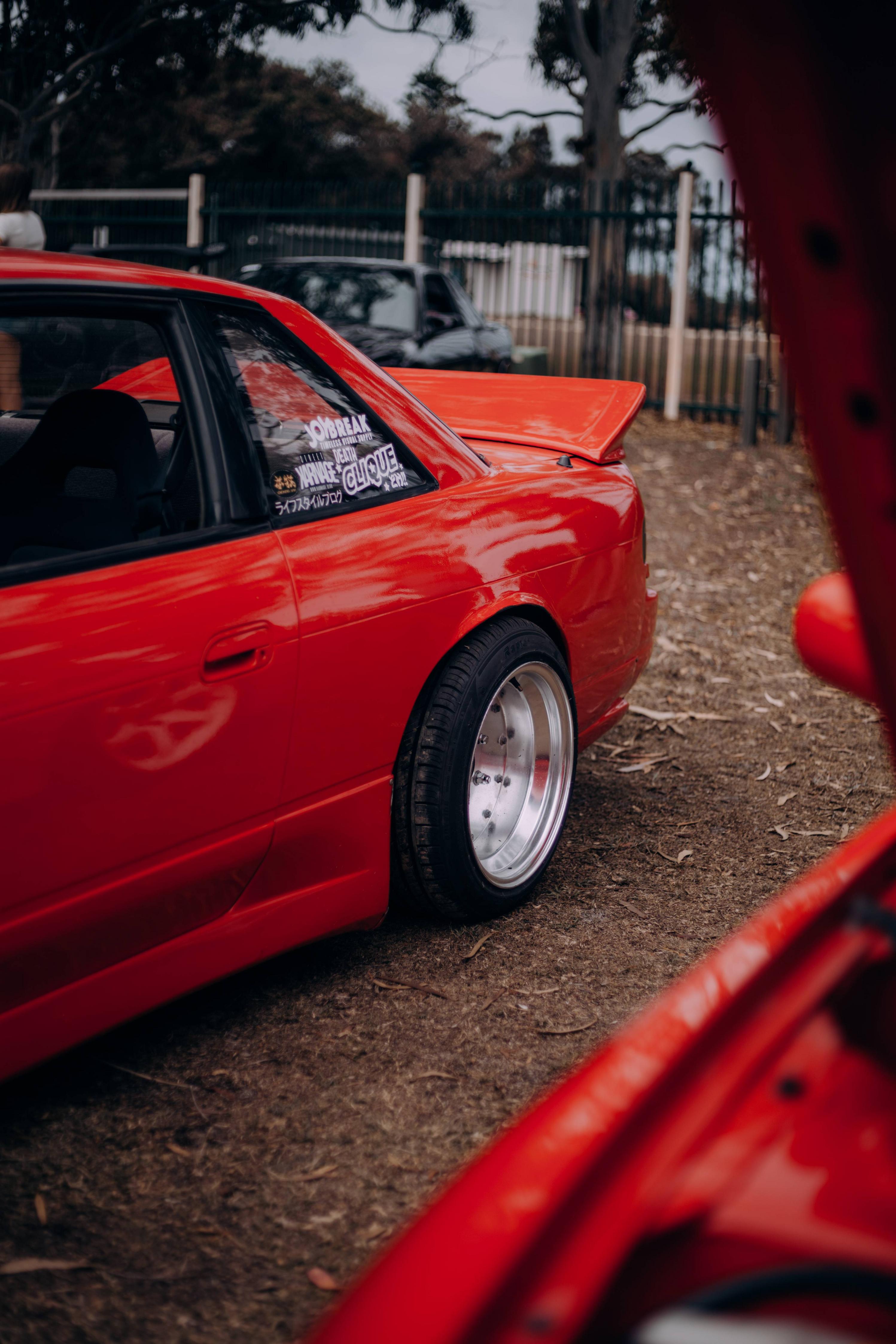 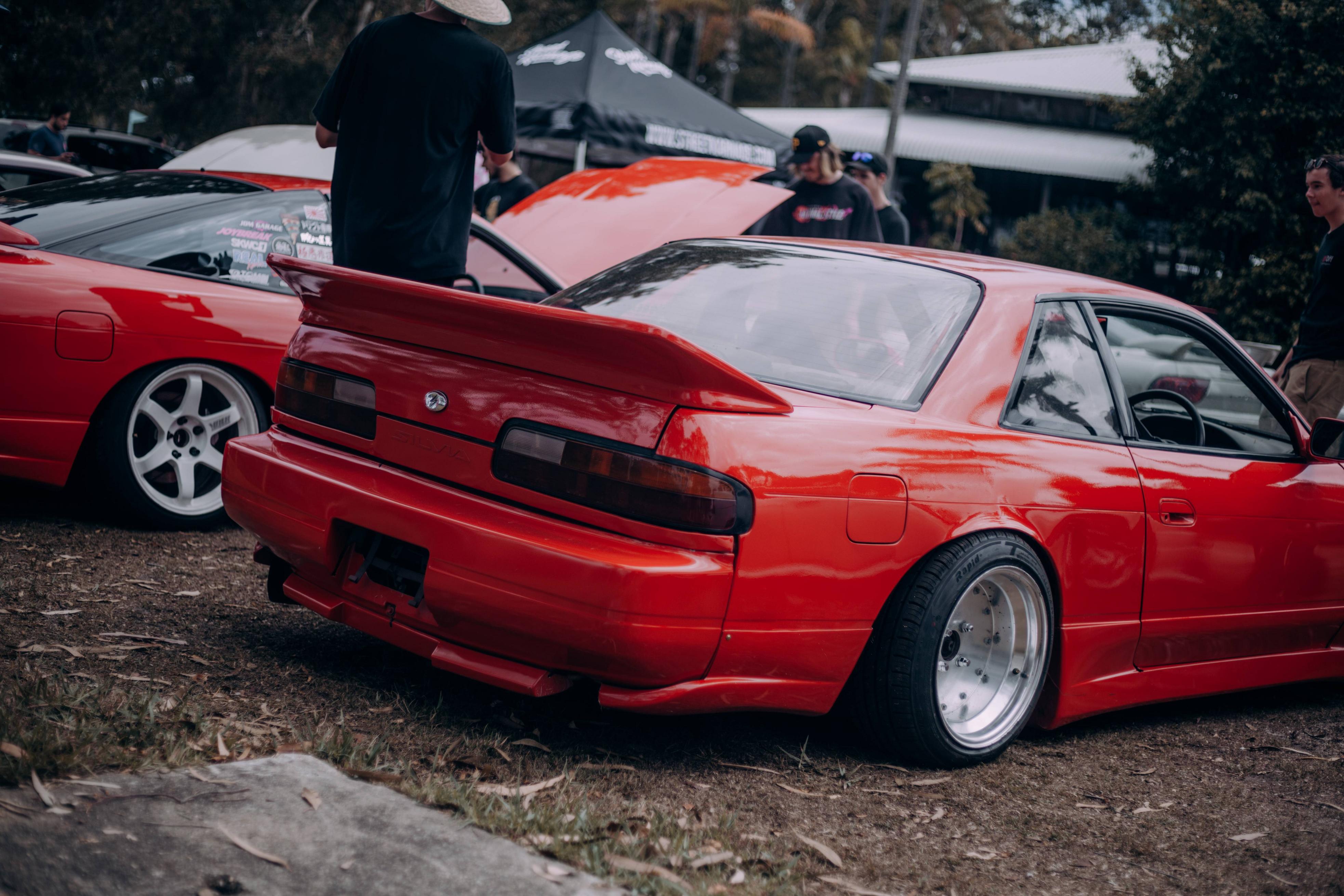 So, that's the end of day one at Halfway Hangs VI. Thanks again to Streetkarnage for hosting such an awesome event. It's honestly the one event I look forward to every single year and it's by far my favourite event to shoot, Until next year x 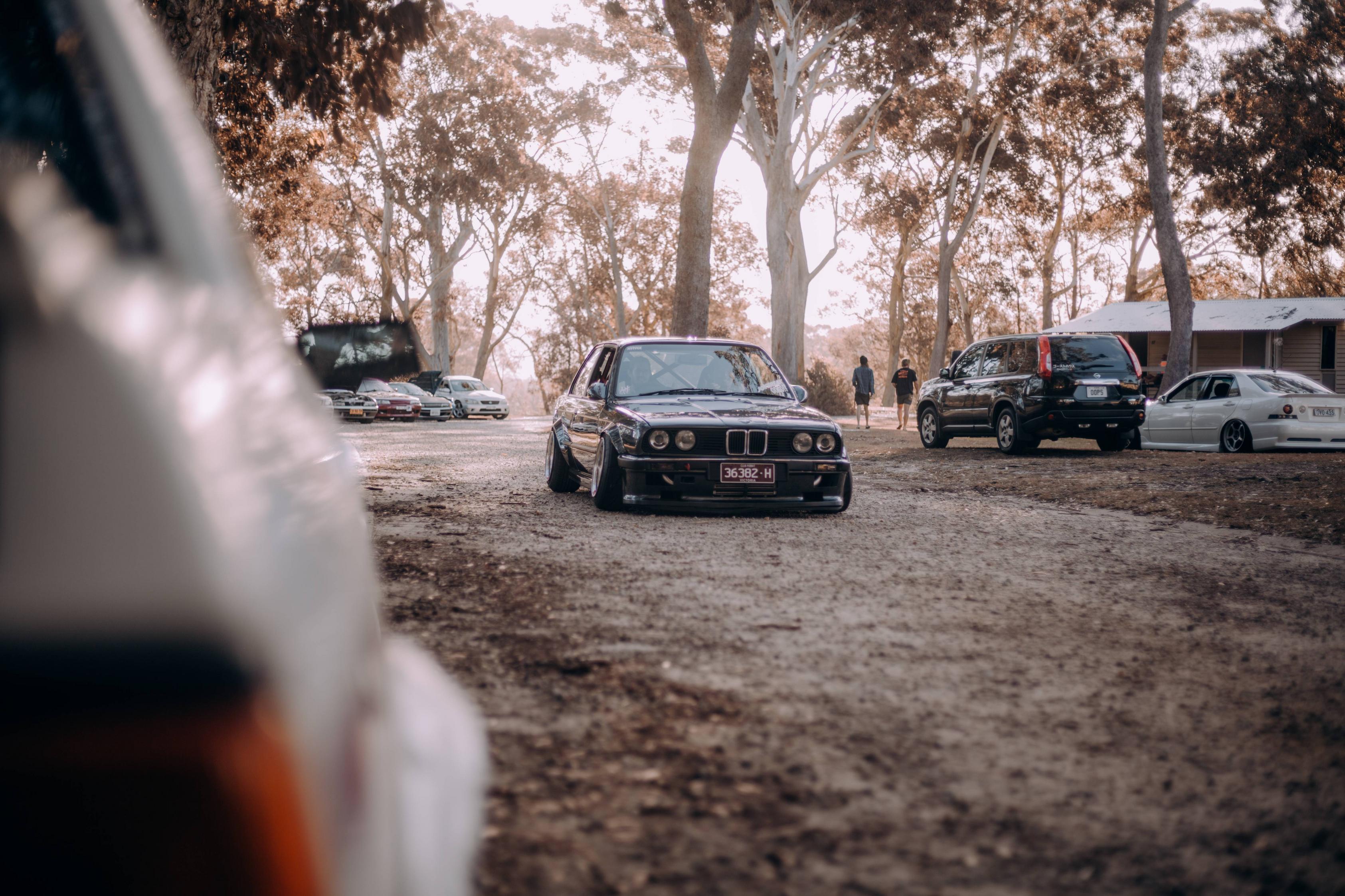 Thanks for reading x